A shotgun between past, present and future

The Cosmi semi-automatic shotgun was born at the end of the 1800s in the hills of Montefeltro from the hands and genius of Rodolfo Cosmi. A passionate hunter, Rodolfo practiced his profession as an artisan repairing weapons and, in 1890, he began to build the first Cosmi gun.

Thus began the story of the semi-automatic Cosmi, a masterpiece of Italian craftsmanship and the first gun in the world to combine the best of semi-automatic mechanism and the advantages of a opening gun.

In his small workshop in Macerata Feltria, Rodolfo shared his passion with his two sons, Marcello and Americo, to whom he handed down the art before his death in 1936.

In 1936 Americo and Marcello decided to transfer the Cosmi company to Ancona, in the historic headquarters it still occupies. The contribution of Marcello (who died in 1963) was enormous, transforming the company from a craft laboratory into a real company and for which he was delivered a knighthood. Americo was responsible for mechanics evolution of the of the gun during the next 50 years. Under the guidance of the two brothers, the company acquired international fame and the Cosmi gun became a must to have in the collections of Heads of State, men of culture and famous sportsmen, from one corner of the planet to the other.

In 2018 joined the Cosmi family Luca Gaeti, bringing new energy and supporting Rodolfo II and Federico Cosmi in the important projects that will make rifles Cosmi protagonists of the art of gunsmithing in the twenty-first century.

Through 3 centuries and 4 generations, the Cosmi company has successfully managed to blend tradition and innovation, creating a product with a classic and elegant line. At the same time, the use of processing techniques and innovative materials makes the Cosmi shotgun one of the most technologically advanced, continuing to deserve, in its own right, the reputation of the best semiautomatic in the world. 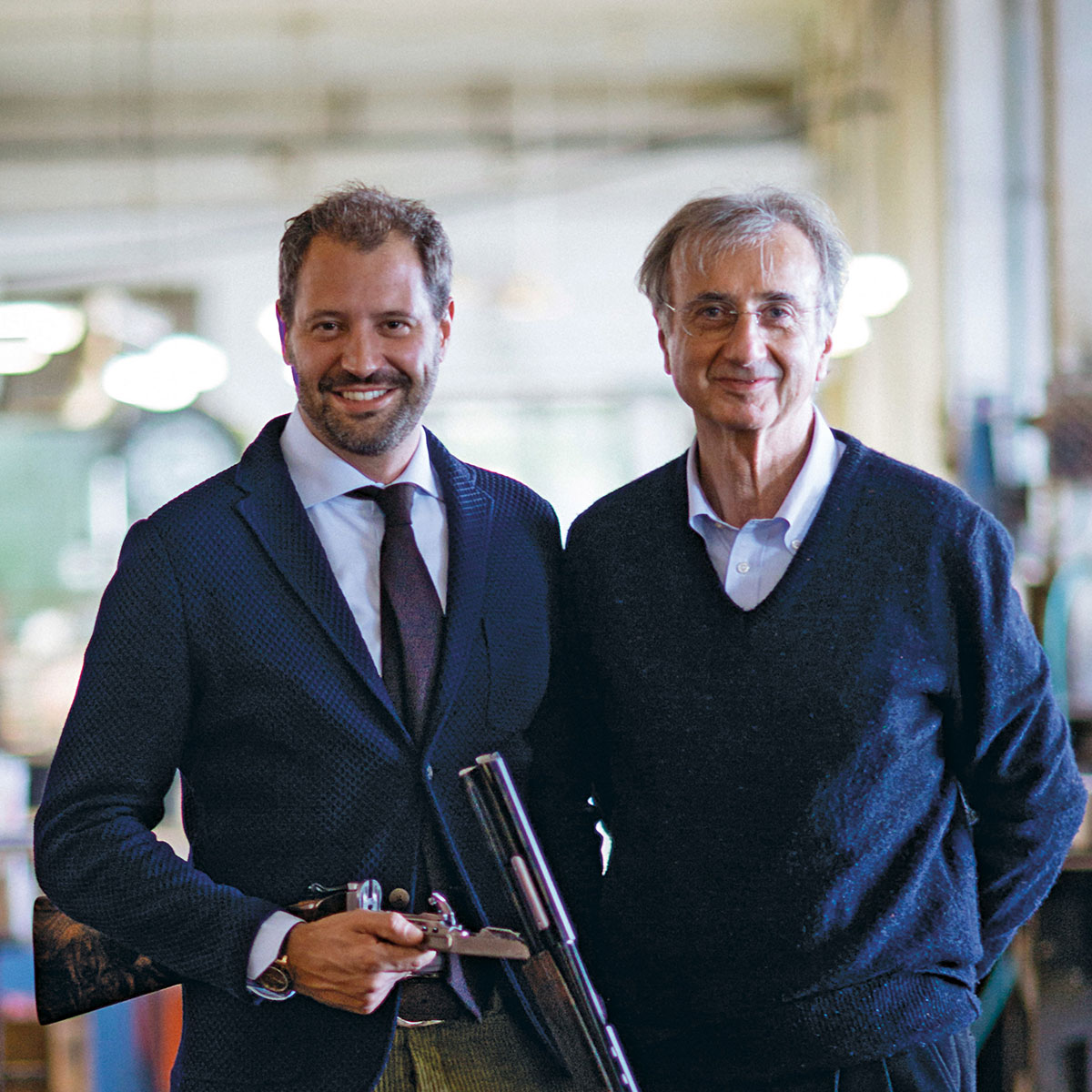 My earliest memories are of a house full of hunting dogs, decoys and, of course, guns used by my father and grandfather, who were passionate hunters.

Like all fine gun lovers, I knew the Cosmi brand very well. Since childhood, I have admired the beautiful creations of this renowned gun making firm. What I came to appreciate most about Cosmi guns was the perfect marriage of technology, elegance and beauty. Each Cosmi is unique and it is this quality which has made the Cosmi brand famous. Cosmi produces some of the finest products made in Italy.

My interest in Cosmi continued as I grew up. In 2018, I was fortunate enough to have the opportunity to invest in this great company. This was indeed the culmination of my passion for Cosmi firearms. For more than a century, Cosmi has been a prestigious Italian company, manufacturing truly unique products. While its past is storied, the most exciting prospect is Cosmi’s bright future. The Cosmi family still has a direct interest in the firm. Rodolfo Cosmi, grandson of the company’s founder, is still a driving force behind the business. With his more than 50 years of experience, I am pleased to join with Rodolfo to bring Cosmi into the 21st Century. I am convinced that Cosmi will continue its unparalleled success as it draws on its century old heritage of innovation and unsurpassed quality.

I have made a personal commitment to continue to promote the Cosmi line and to expand the scope of production. With this commitment also comes my promise that innovation and expansion will never diminish the quality and universal appeal of Cosmi guns.